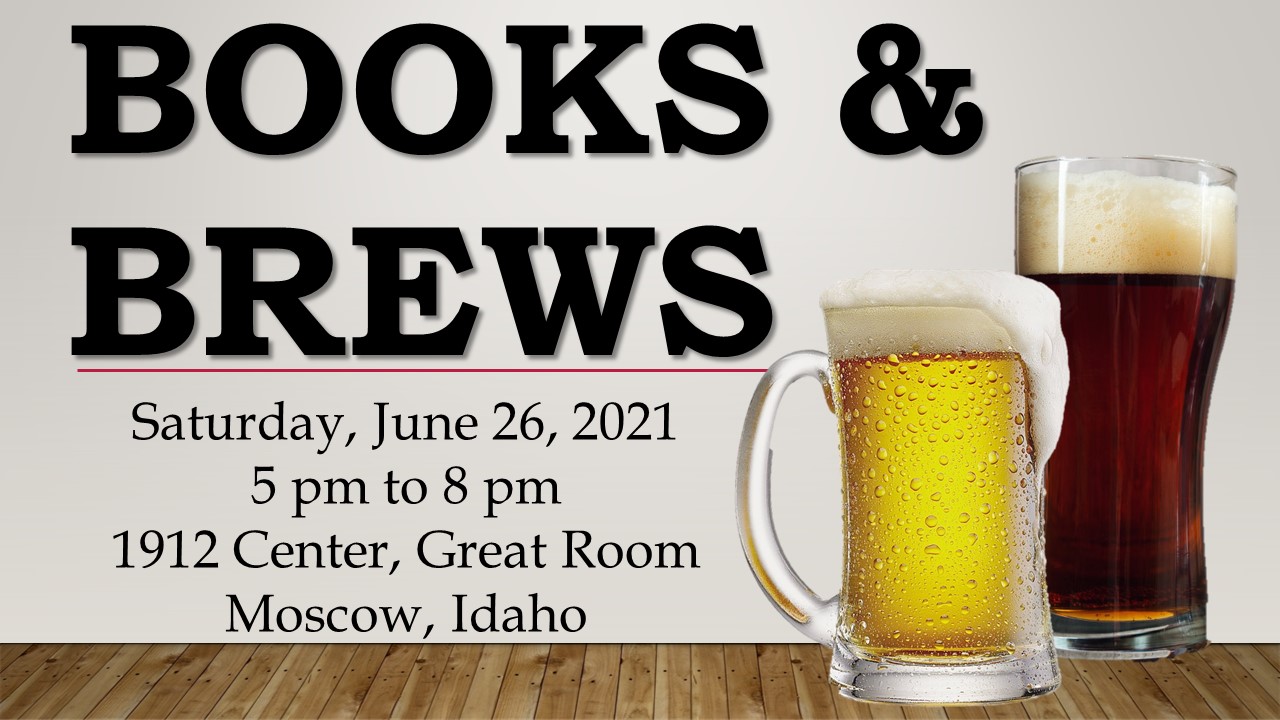 Join us to celebrate the close to the Palouse Writers Festival and the winners of our annual writing contest. During Books & Brews, workshop presenters and other participating authors will be on hand to meet with the public and autograph their books in a festive book fair atmosphere. This event is FREE, family friendly, and open to the public.

The 16 authors below have their work appearing in over 70 titles! Check out that impressive list here: Book List 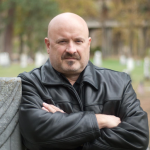 When most everyone fawned over prancing, sparkling vampires, Al Halsey toiled away writing about zombies. Fantasy zombies, western zombies, zombies and more zombies. To say that zombies are an obsession of his is an understatement. Very few zombie movies have escaped his cadaverous eye. A lifelong resident of Lewiston, Idaho, Al graduated from Lewiston High School and Lewis-Clark State College. He spent the last 30 years working with children with emotional and behavioral problems and training other professionals to do the same.  In his free time Al trains in martial arts, tells his rescued cats to get off the counter, and consumes large quantities of Thai food unapologetically. Considered by some to be the neighborhood curmudgeon, he wears this title as a badge of honor. Catch up with Al on the Al Halsey Author Page on Facebook, or @AlHalsey1 on Twitter. 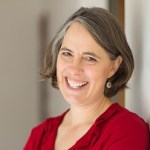 Annette Bay Pimentel writes true stories about real people for kids. She is the author of All the Way to the Top: How One Girl’s Fight for Americans with Disabilities Changed Everything (Sourcebooks: 2020), which was a Junior Library Guild selection; Girl Running (Nancy Paulsen Books: 2018), which received a Kirkus starred review and was a Junior Library Guild selection; Mountain Chef (Charlesbridge: 2016), which received the Carter G. Woodson Award; and the Do You Really Want to Meet a Dinosaur? series (Amicus: 2016-2020), which was an NSTA recommended title. She is represented by Andrea Brown Literary. She is the assistant regional adviser to the Inland Northwest Region of the SCBWI. She lives with her husband and her children who haven’t yet flown the coop in Moscow, Idaho. 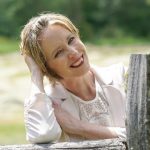 Diane Worthey is the author of In One Ear and Out the Other: Antonia Brico’s Amazingly Musical Life, a girl-power book about the first woman to conduct the New York Philharmonic. Diane is a member of the SCBWI and the Moscow, Idaho SCBWI critique group. Diane has taught hundreds of private students to play violin and viola through the Suzuki Method. She currently teaches for the University of Idaho Preparatory String Division and performs in the first violin section of the Washington-Idaho Symphony. She lives in Pullman, Washington. 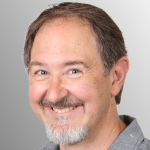 Wyoming native Guy Worthey traded spurs and lassos for telescopes and computers when he decided on astrophysics for a day job. Whenever he temporarily escapes the gravitational pull of stars and galaxies, he writes fiction. He lives in Washington state with his violinist wife Diane. He likes cats and dogs and plays keyboards and bass guitar. His favorite food is called creamed eggs on toast, but once in a while he heeds the siren song of chocolate. Visit his website at guyworthey.net 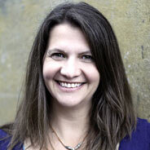 Jeni is a mother of two and other mother to quite a few. Wife, mother, daughter, friend. She lives in Moscow, Idaho and is constantly in awe of the beauty of the area and the people who live there. Jeni is also quite fond of coffee, writing, reading, listening, learning, laughter and light. And she writes stories for kids! Check out her website: https://www.littlemousefamily.com/ 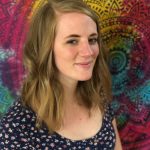 Jodi Marie Fisher is a creative mix of mother, teacher, nature explorer, photographer, barista, author, and artist. Her love of flowers and flower photography flourished during her many years living in Costa Rica. With over 10 years experience teaching music, Spanish, and English as a second language to children in both public and private schools, she is dedicated to creating books that teach kids about music, nature, Spanish, and life in ways that are engaging and fun. Her books are brightly colored, interactive, bilingual, and educational. 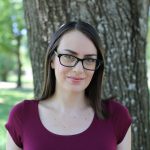 Laurel Gale is grateful that she gets to write books for children, the best audience ever. Her middle grade novels include Dead Boy and Story Magic. She lives with her husband and their ferrets in Washington. In addition to writing, she enjoys hiking, playing board games, and reading. She loves animals and is easily distracted by squirrels. You can visit Laurel online at www.laurelgale.com or on Twitter at @laurel_gale. 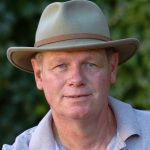 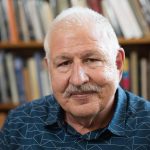 Mark F. Yama, Ph.D. is Associate Professor of Clinical Psychology at the University of Idaho, where he teaches abnormal psychology and the history and philosophy of psychology. His research seeks to understanding the direct spiritual experience, events which are often among the most central and important in a person’s entire life. In addition to teaching and research, he is a Licensed Psychologist (Idaho) who has been in private practice for 25 years. That clinical work inspired Mark’s book, The Spirit Transcendent: Exploring the Extraordinary in Human Experience, which documents the experiences of patients who recounted visions of God and spirits, premonitions of the future, and an awful lot of the paranormal. 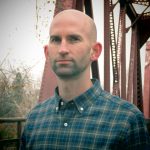 Matt Edwards was born and raised in Boise, Idaho, where he developed an affinity for literature: both the challenge of understanding it and the potential to me understood through it. This propelled Matt to study English at Boise State University and devote himself to teaching high school English in the Boise area since 2006.Matt now enjoys sharing a life of passions with his wife and their one and only son. In his free time, if Matt’s not training for marathons, he’s writing fiction and poetry, mostly about gods and fathers and good, strong drinks. Ways and Truths and Lives is his first novel. Learn more about Matt at www.mattedwardsauthor.com 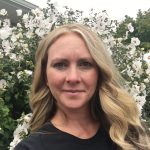 Morgan Wylie is an award-winning and USA Today Bestselling author with 15+ published titles within genres from YA fantasy to adult paranormal romance. Morgan published her first novel, Silent Orchids, one year after moving across the country with her family on a journey of new discovery. After an amazing three years in Nashville, TN and the release of two more books, Morgan and her family found their way back to the Northwest where they now reside. In her desire to create and share other’s stories of creation, Morgan began The Lotus Bloom Podcast where she gets to interview other creative women and more often than not, other writers. Morgan lives in Spokane, WA with her husband and 2 kids. Visit her website at www.morganwylie.org 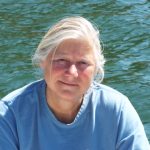 Polly Buckingham teaches at Eastern Washington University and is editor of Willow Springs magazine and founding editor of StringTown Press. She is the author The Expense of a View (Katherine Anne Porter Award 2016), A Year of Silence (Jeanne Leiby Award 2014), and The River People (Lost Horse Press 2020). She is the recipient of a fellowship from Artist Trust Washington, and her poetry, and short stories appear in The Gettysburg Review, Threepenny Review, The Poetry Review and elsewhere. 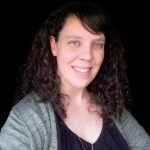 Rachael Ritchey is a home educator by day and an author and creative jane-of-all-trades book designer by night—not to mention all the minutes she can snag between! Her works include the adventurous fantasy series Chronicles of the Twelve Realms and an illustrated children’s book. She is the publisher of The Crux Anthology by 16 international authors, a writing prompt host, book designer and graphic artist. She enjoys helping other authors through the independent publication process and educating on best practices for formatting works in progress for pre-publishing success. Rachael lives near Spokane, WA with her husband and four kids. Learn more about Rachael and see samples of her work at rachaelritchey.com 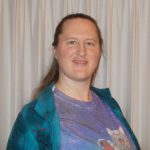 Sanan Kolva is the author of the epic fantasy The Chosen of the Spears series and a steampunk fantasy series The Silverline Chronicles. Her short fiction appears in a number of anthologies. She works as a technical editor for an engineering firm and is a native of Eastern Washington. When not writing, she enjoys baking and decorating cakes, and appeasing her feline overloads. She can be found at www.SananKolva.com. 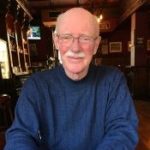 Stuart Scott and his wife, Sue, moved to Moscow, Idaho for his job with the Federal Probation and Parole Service in October 1980.  He founded the Camas Prairie Winery in the fall of 1983 in his garage and ran the winery until he sold it in 2011.  Stu retired from the federal service in Sept 1998.  After retiring, he still worked part-time as a Protective Services Agent and body-guard until 9/11/01. Much of his writing has been influenced by his work in federal law enforcement.  His book, Gritty, Grisly and Greedy: Crimes and Characters Inspired by 20 Years as a Fed includes stories of crimes committed in the Inland Northwest, including some crimes committed here on the Palouse. 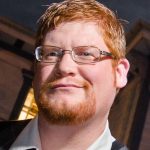 T.J. Tranchell was born on Halloween, has worked as a journalist, horror movie columnist, haunted house monster, college instructor, and other less glamorous jobs. Tranchell has his master’s degree in literature from Central Washington University with, naturally, a focus on the horror genre. Tranchell published his first novel, “Cry Down Dark,” through Blysster Press in 2016. In 2017, Blysster released a collection of short stories, poetry, and film criticism titled “Asleep in the Nightmare Room.” 2020 saw the release of a second collection, “The Private Lives of Nightmares,” followed soon by his second novel “Tell No Man,” which he published under his imprint LAST DAYS BOOKS. He has also published horror short fiction and was co-editor of GIVE: An Anthology of Anatomical Entries, a dark fiction anthology from When the Dead Books. He is a rising star among horror scholars, having presented work on Stephen King at the Popular Culture Association’s national conference, and in 2021 at the Ann Radcliffe Conference on the “Great American Horror Novel.” He currently teaches English at a community college in Washington state.

Winners of the Palouse Writers Guild writing contests will be announced promptly at 6:30 pm. Entries and judges score sheets will be available for pick-up after winners are announced.  Any entries not picked up the night of the event will be destroyed.